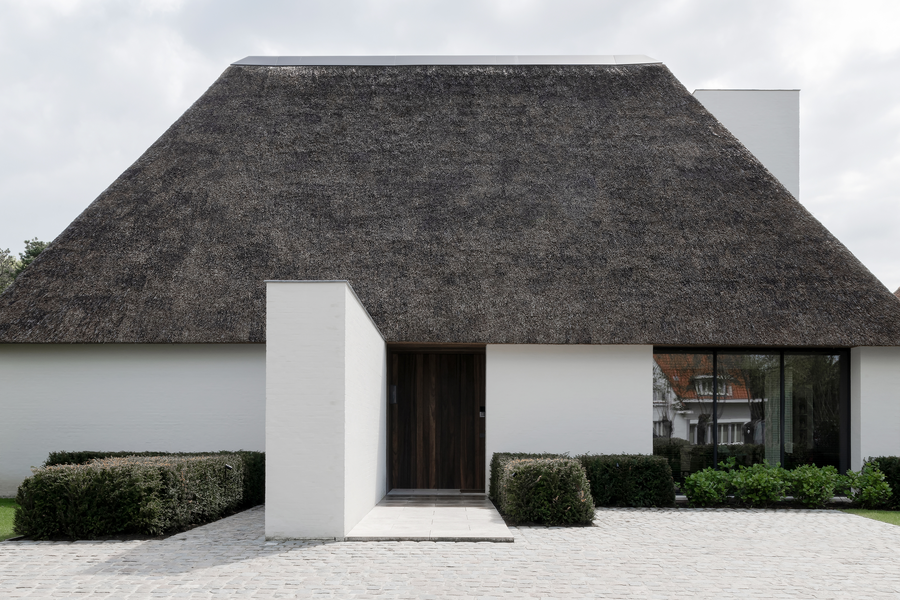 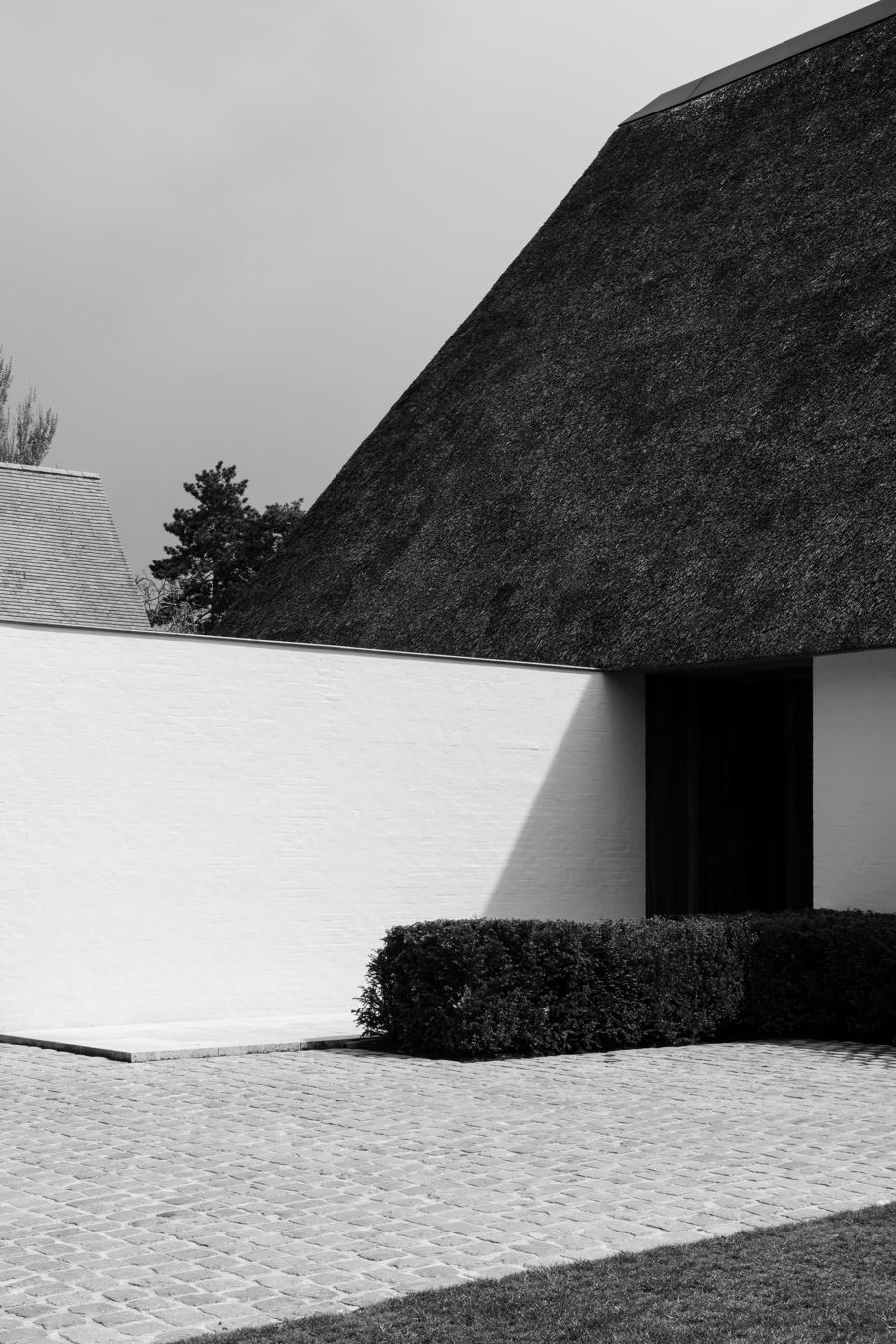 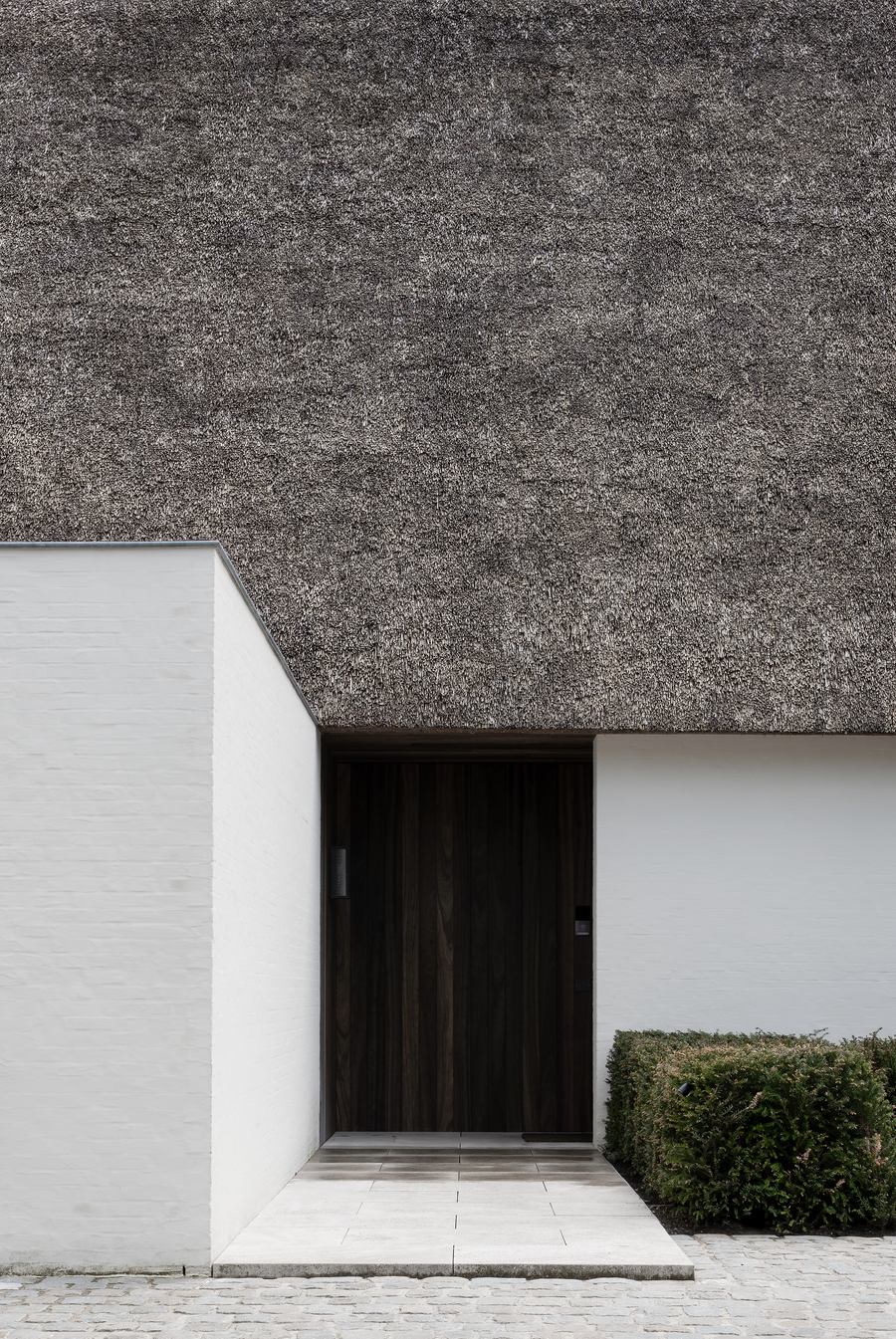 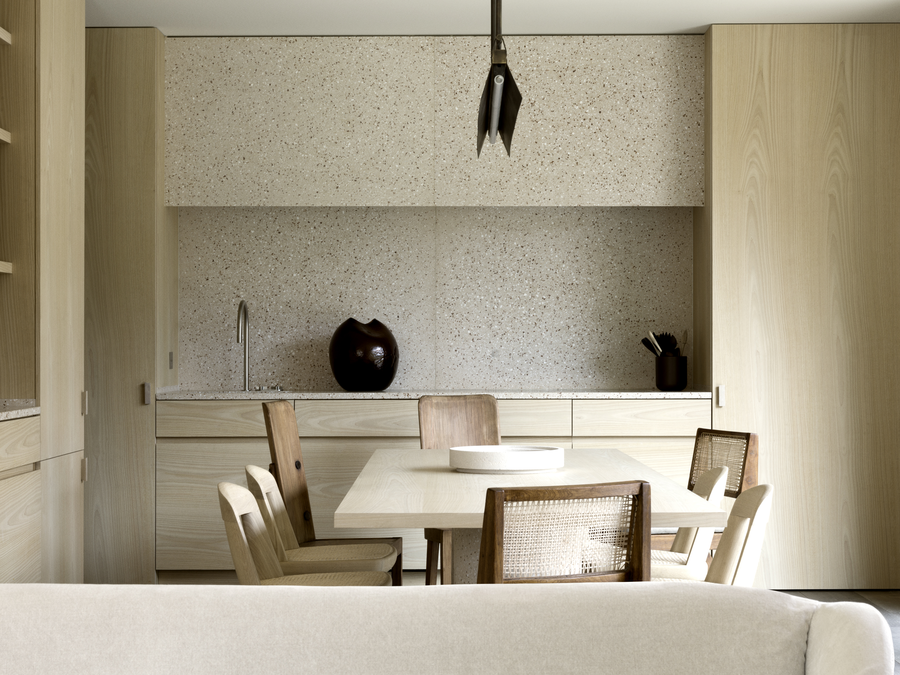 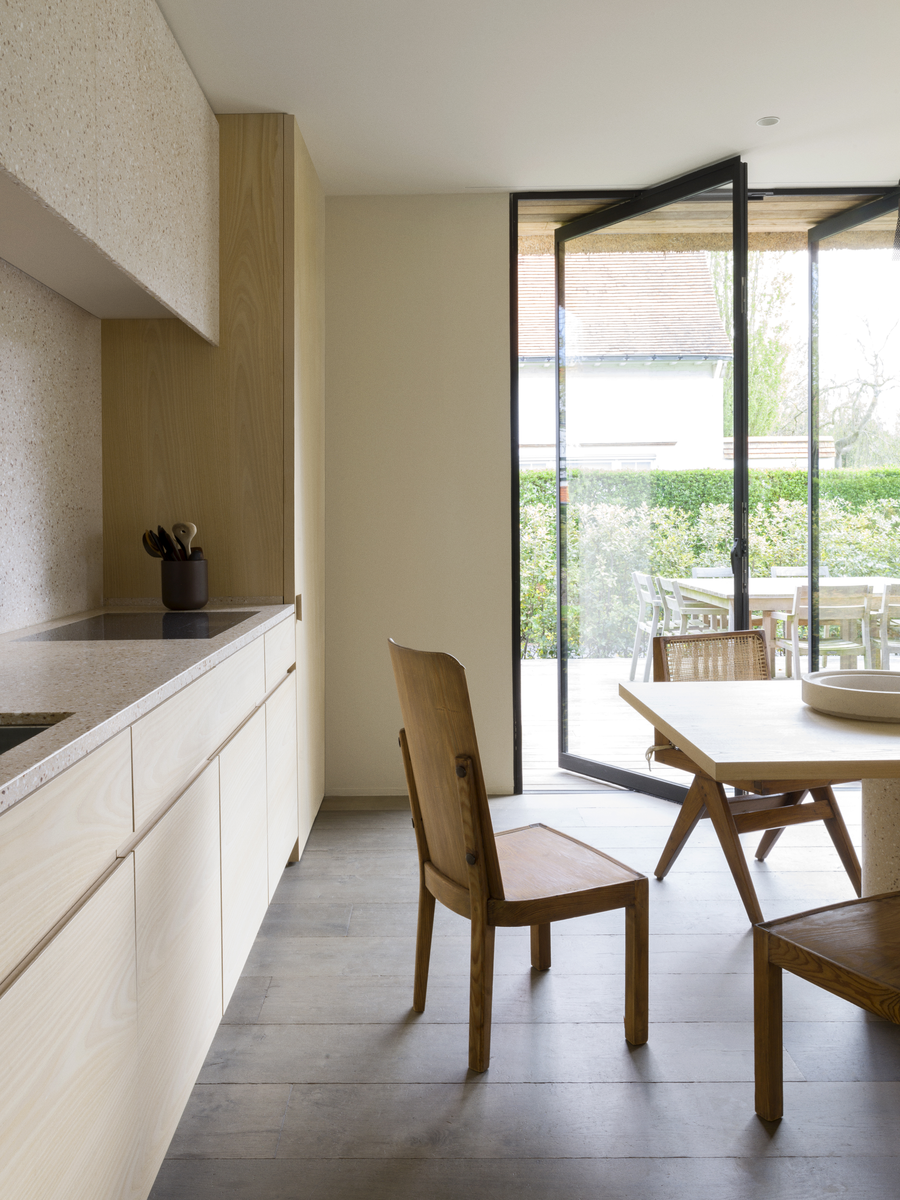 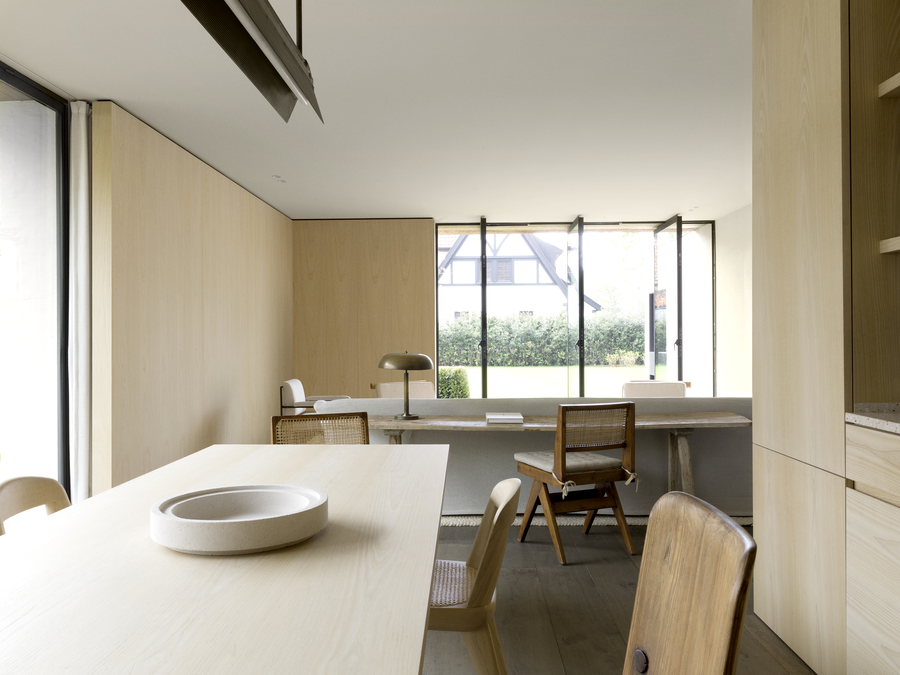 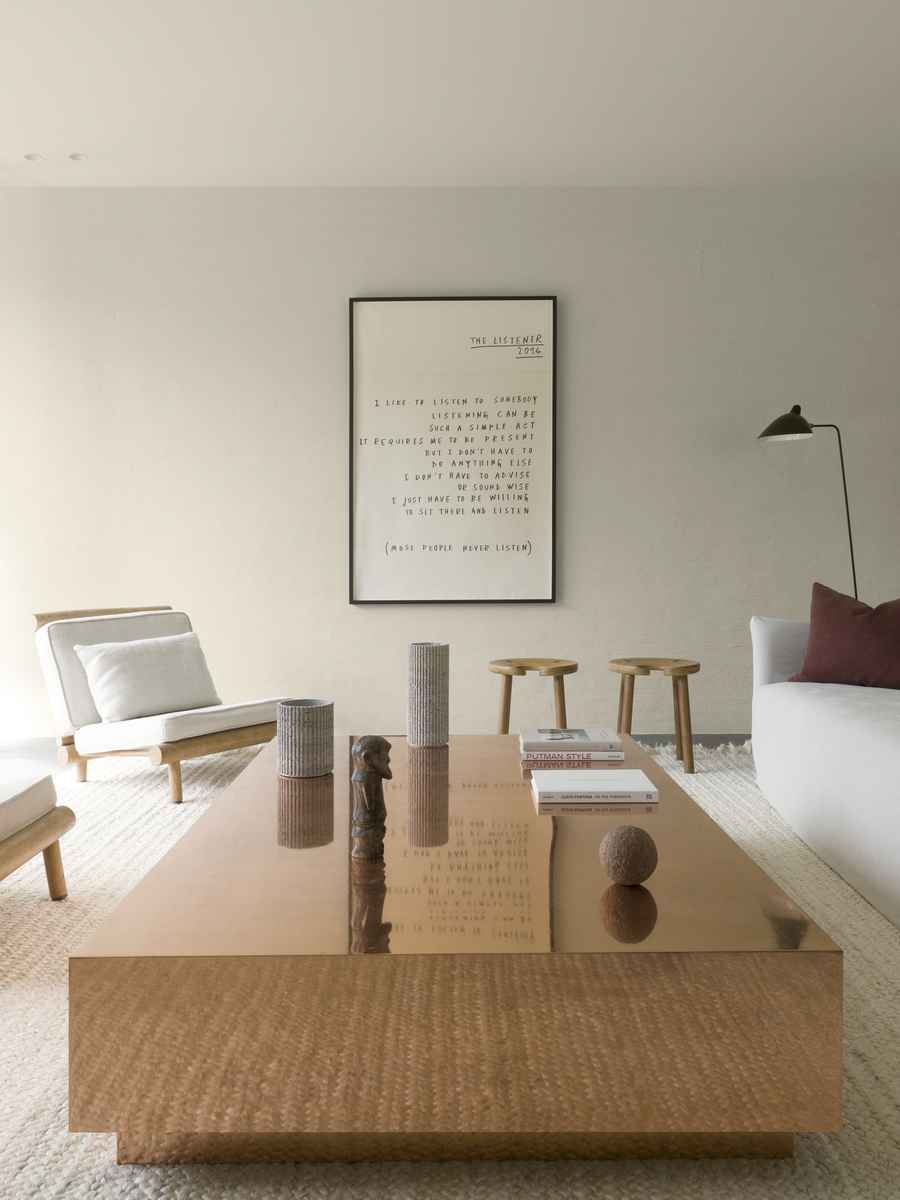 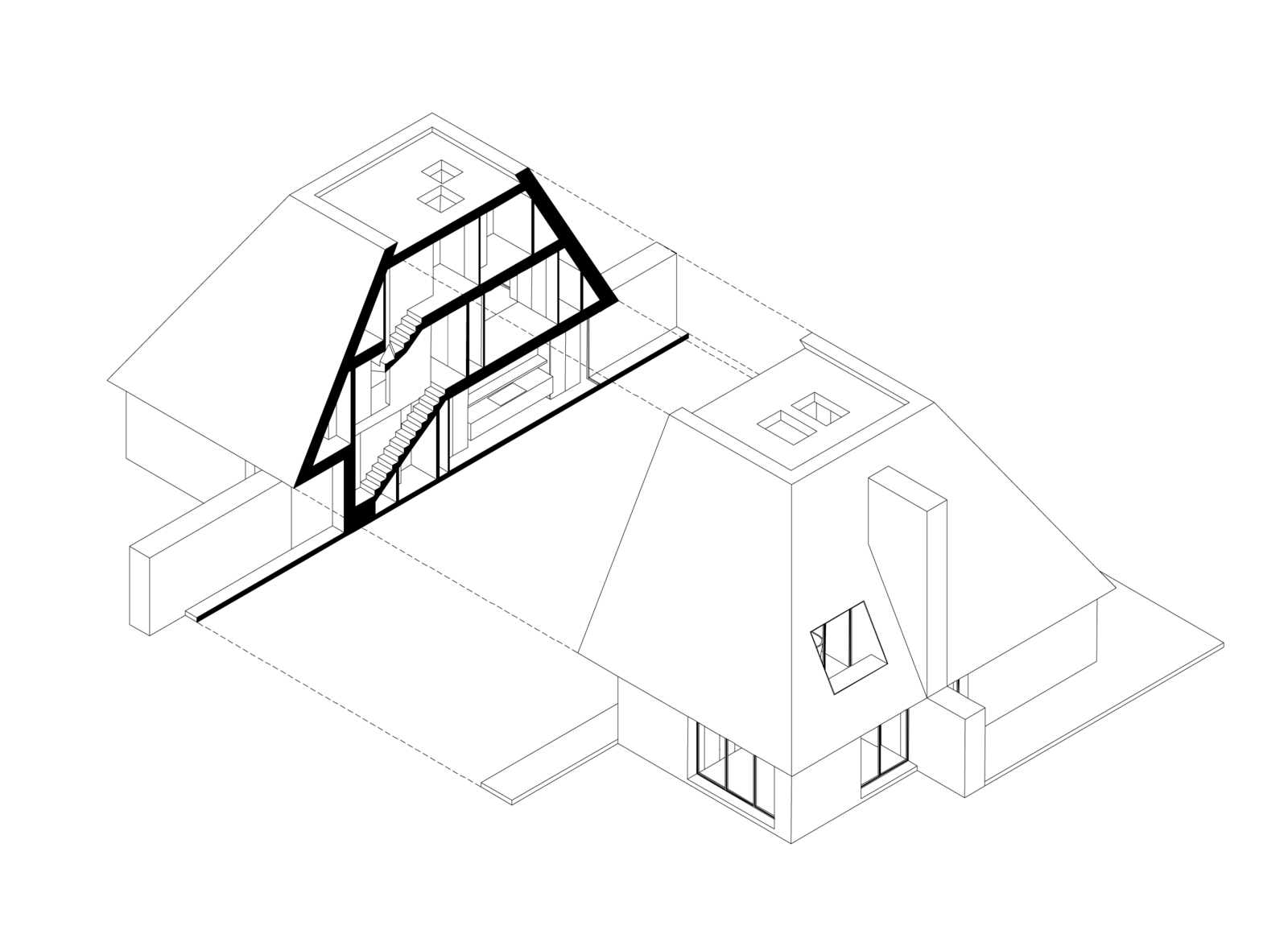 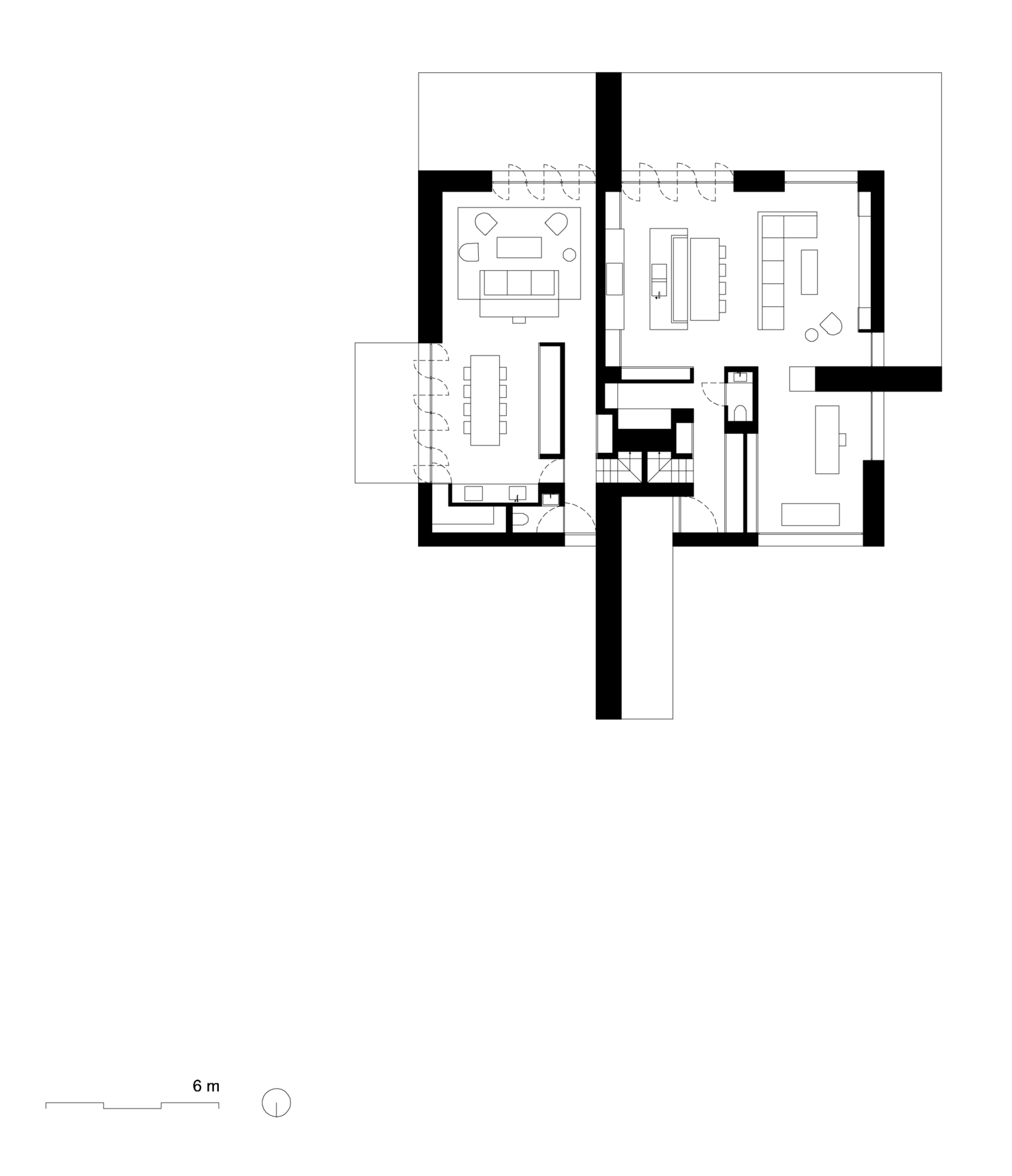 The sense of togetherness between private family life and a public family legacy when it comes to craftsmanship that we achieved in the OV House in Bruges led to a new commission with the same family, the JVC House in Knokke. Interestingly, this project brought us full circle, as it was realized on the plot where I had first declined to work with the owners. The reason that I declined to work on this project was the original house, which could not be made interesting even with an expensive renovation. After a long hesitation, the owners agreed to tear it down and I agreed to join the project by starting from scratch.

The brief was to maximize the size and usage of the house for the owner’s mother and their children as a multi-generational family holiday house. Knokke is well known for its conservatism when it comes to urbanism and shapes, materials, and volumes of new building projects. The area’s regulations make it very difficult to achieve a contemporary language in architecture. We found a solution inspired by the oversized thatched roofs that you could experience in Belgium in the ninetieth century, which are still being used today in Scandinavia and Northern Europe. The house is a contemporary interpretation, an abstraction if you will, of a family holiday “hut”; a solid base in slurry-mortar finished bricks, topped with a 60° slanted thatched roof. A linear wall stretching from the front to the back façade divides both parts of the house.

We decided to keep the thatched roof entirely closed on the front façade, enhancing the hut feeling and reinforcing the size of the roof, providing a sense of privacy and allowing the house to blend in with the landscape of Knokke, but with a subtle twist. All of the opening windows were realized with slim steel pivoting profiles, enhancing the interior/exterior continuity during the summer months with an effect similar to our MM House project. We designed a house that needed to look like a whole, but which could also have rooms that could double as others and operate separately to serve the needs of the three different generations using the house, while giving the house a similar style but distinct feel from the client’s other home in Bruges.