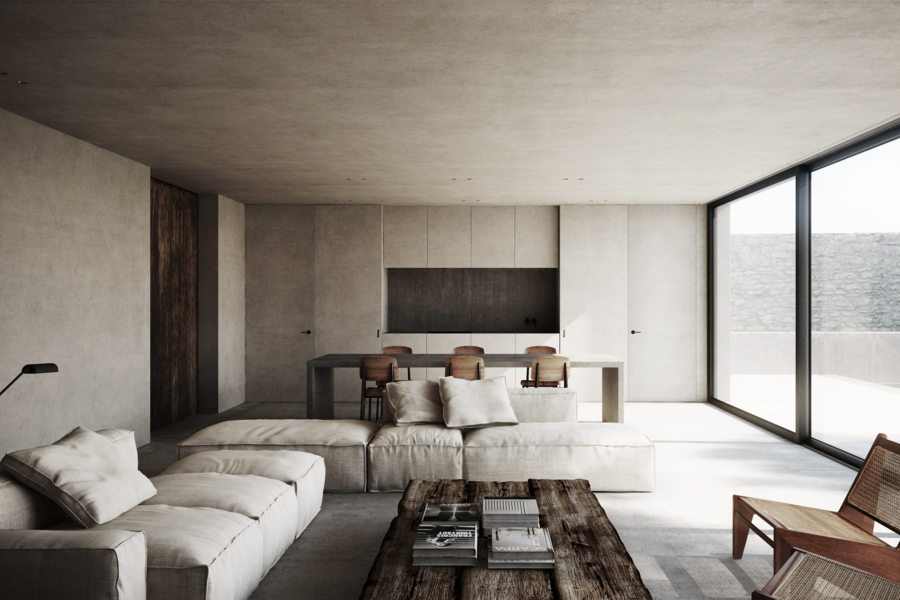 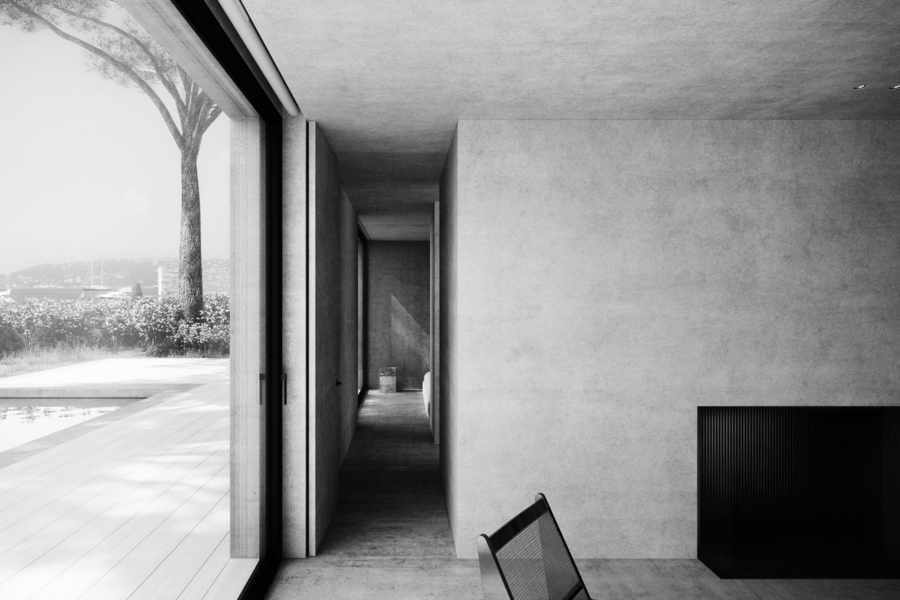 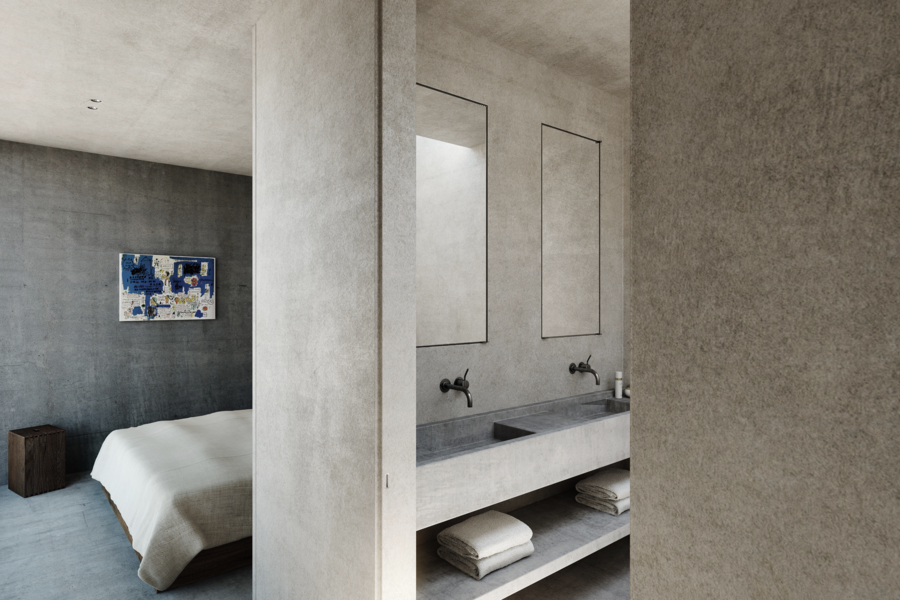 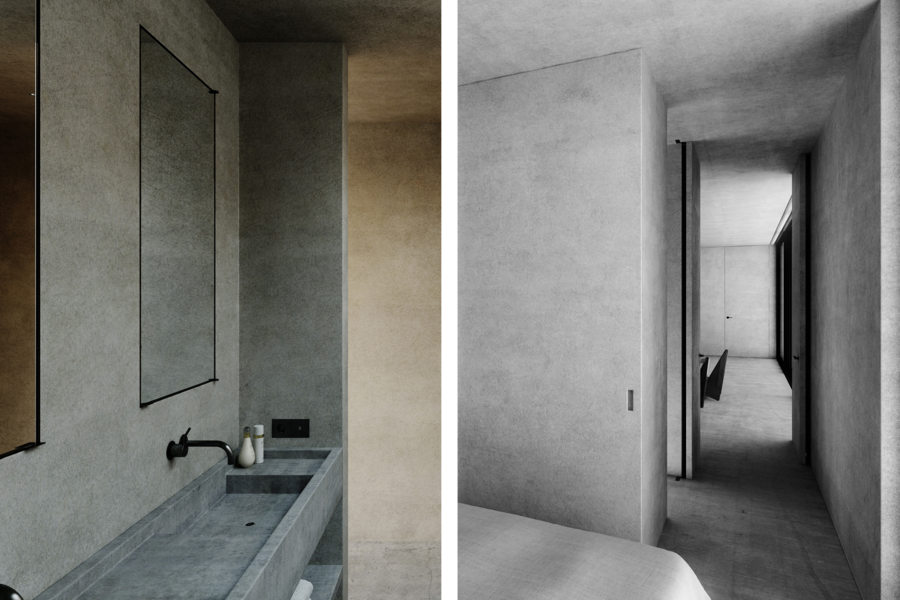 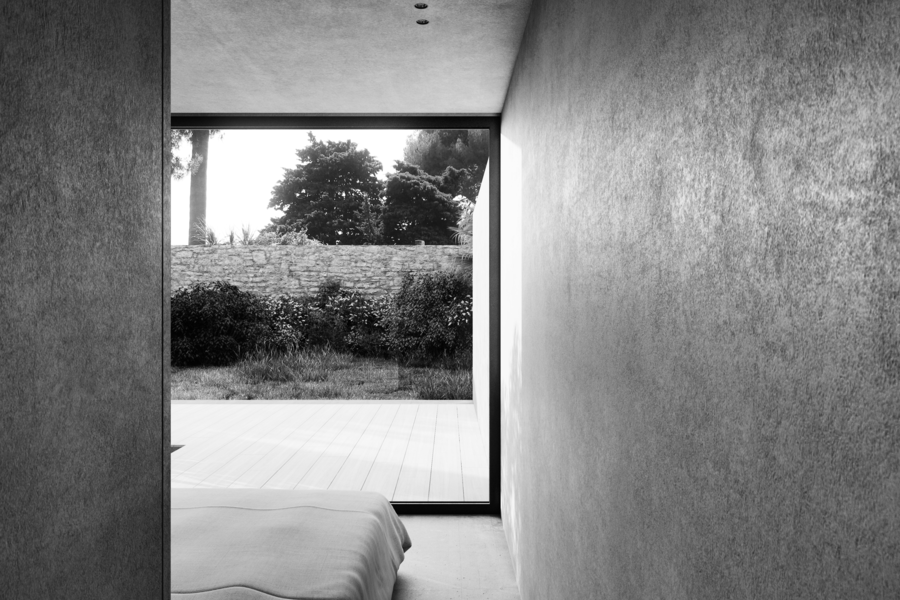 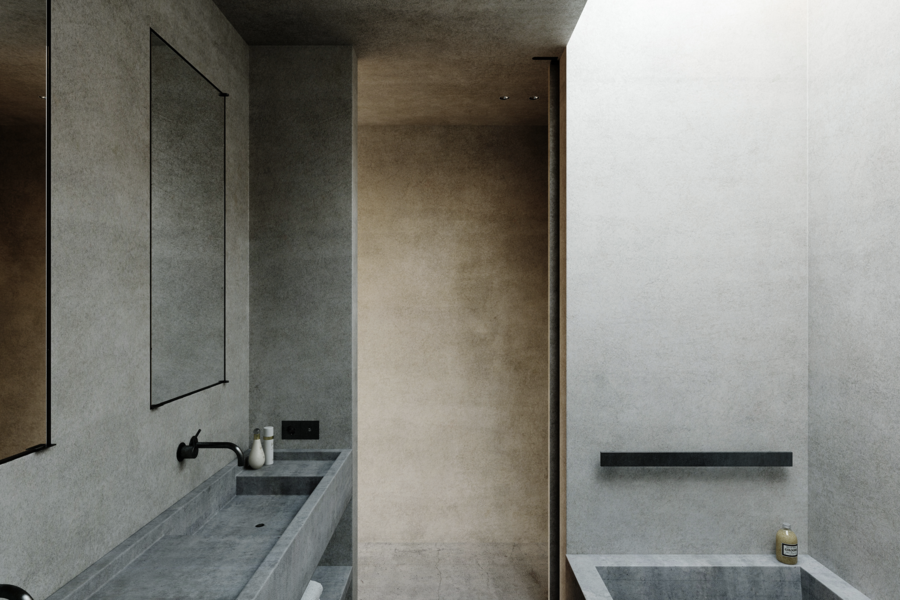 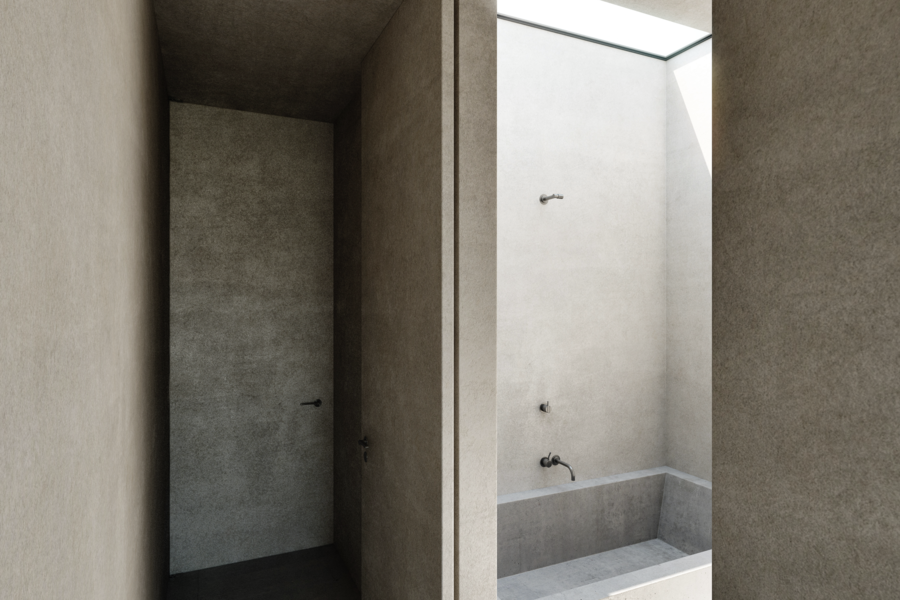 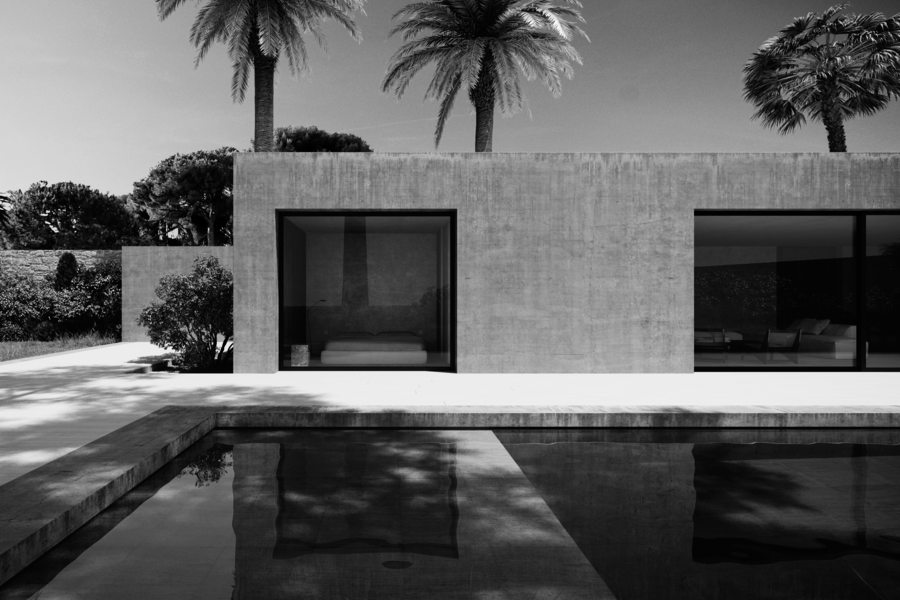 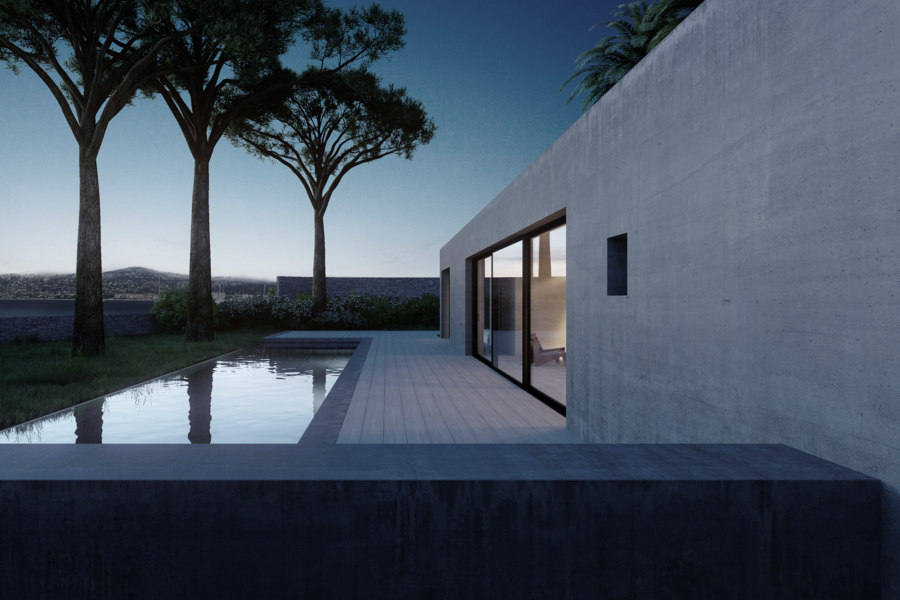 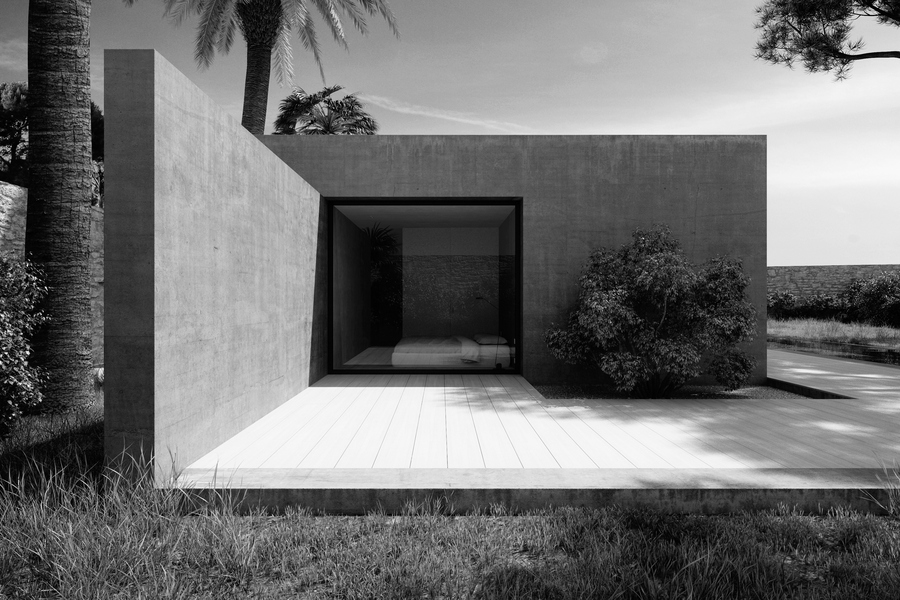 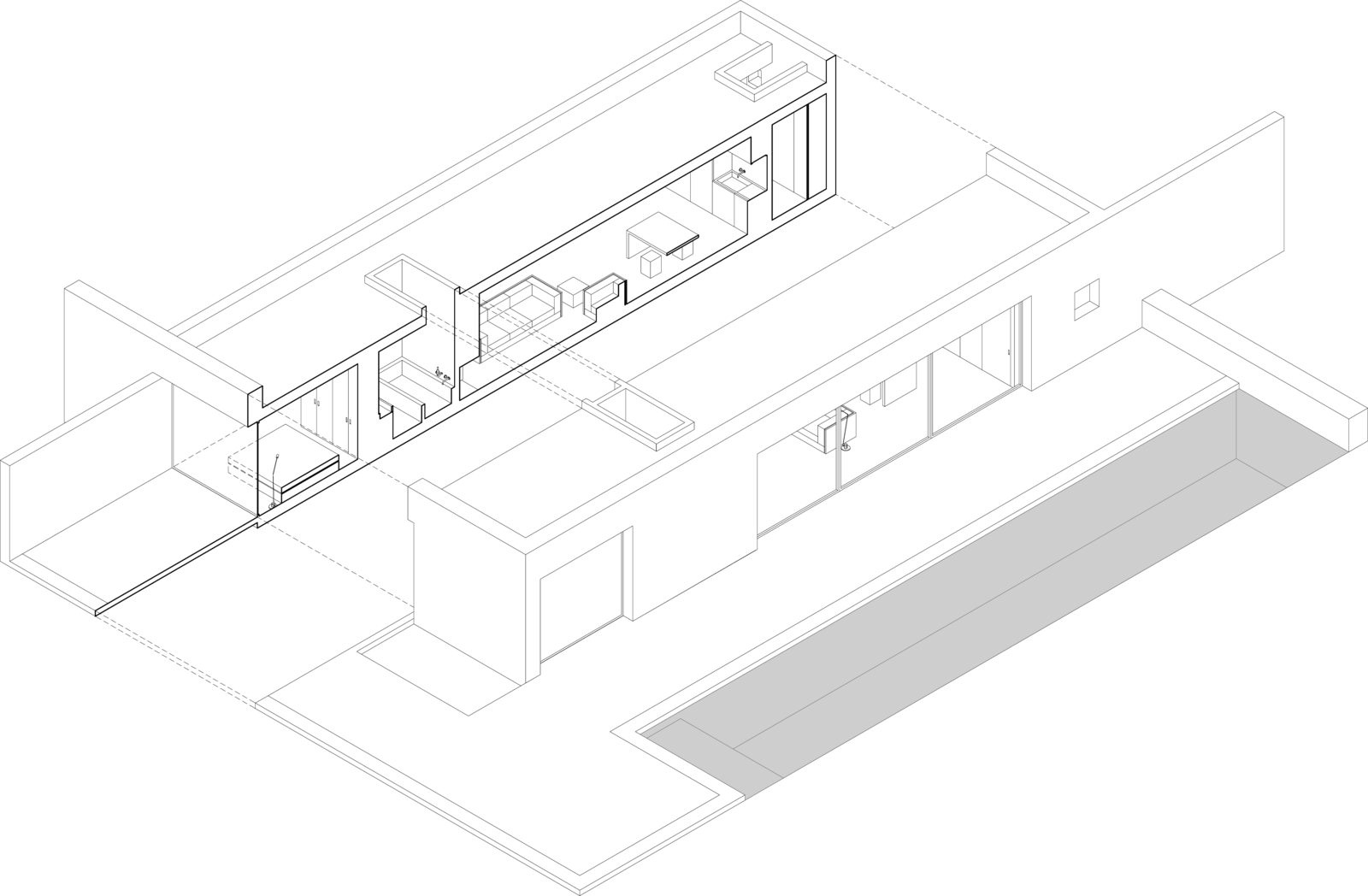 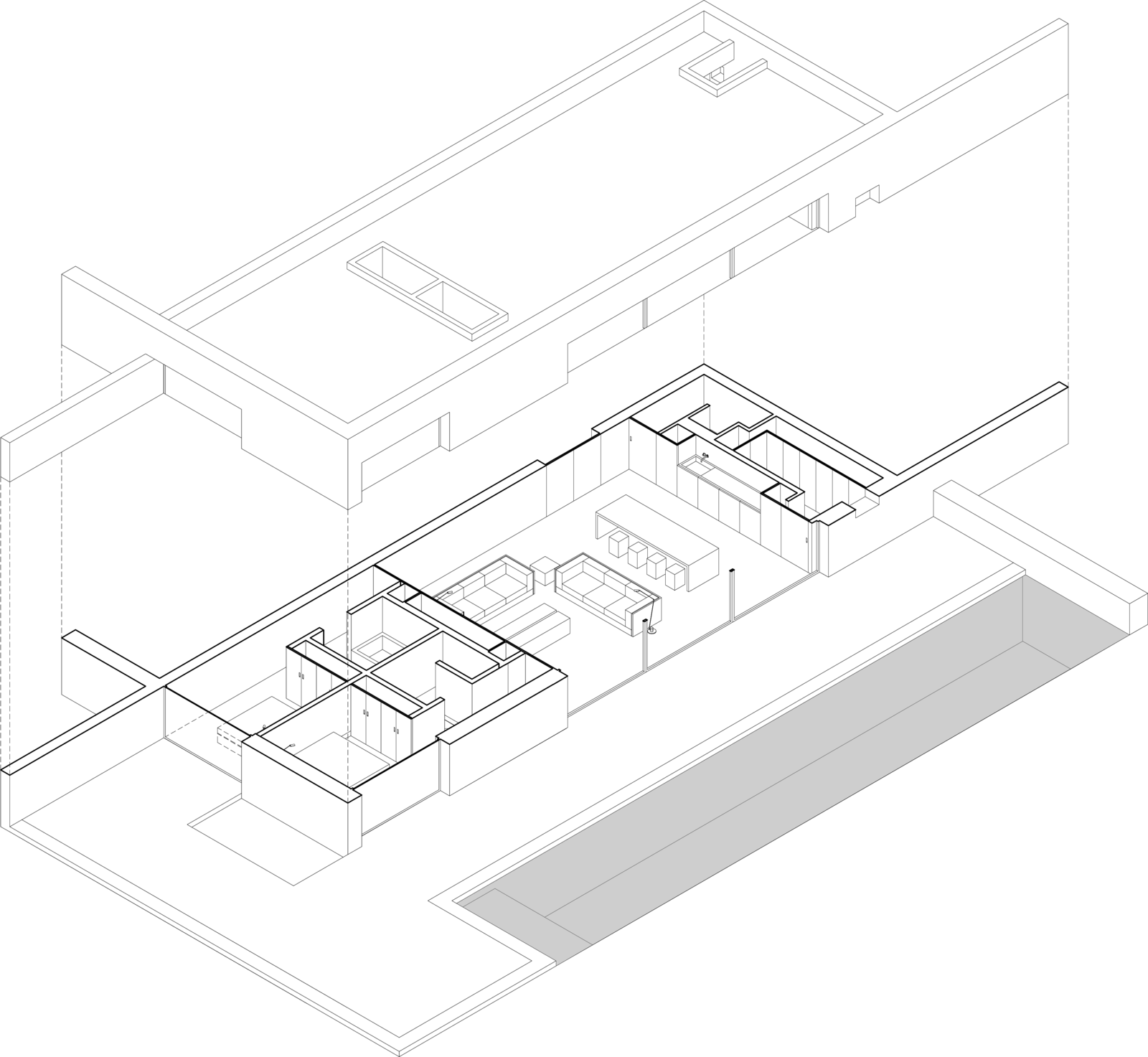 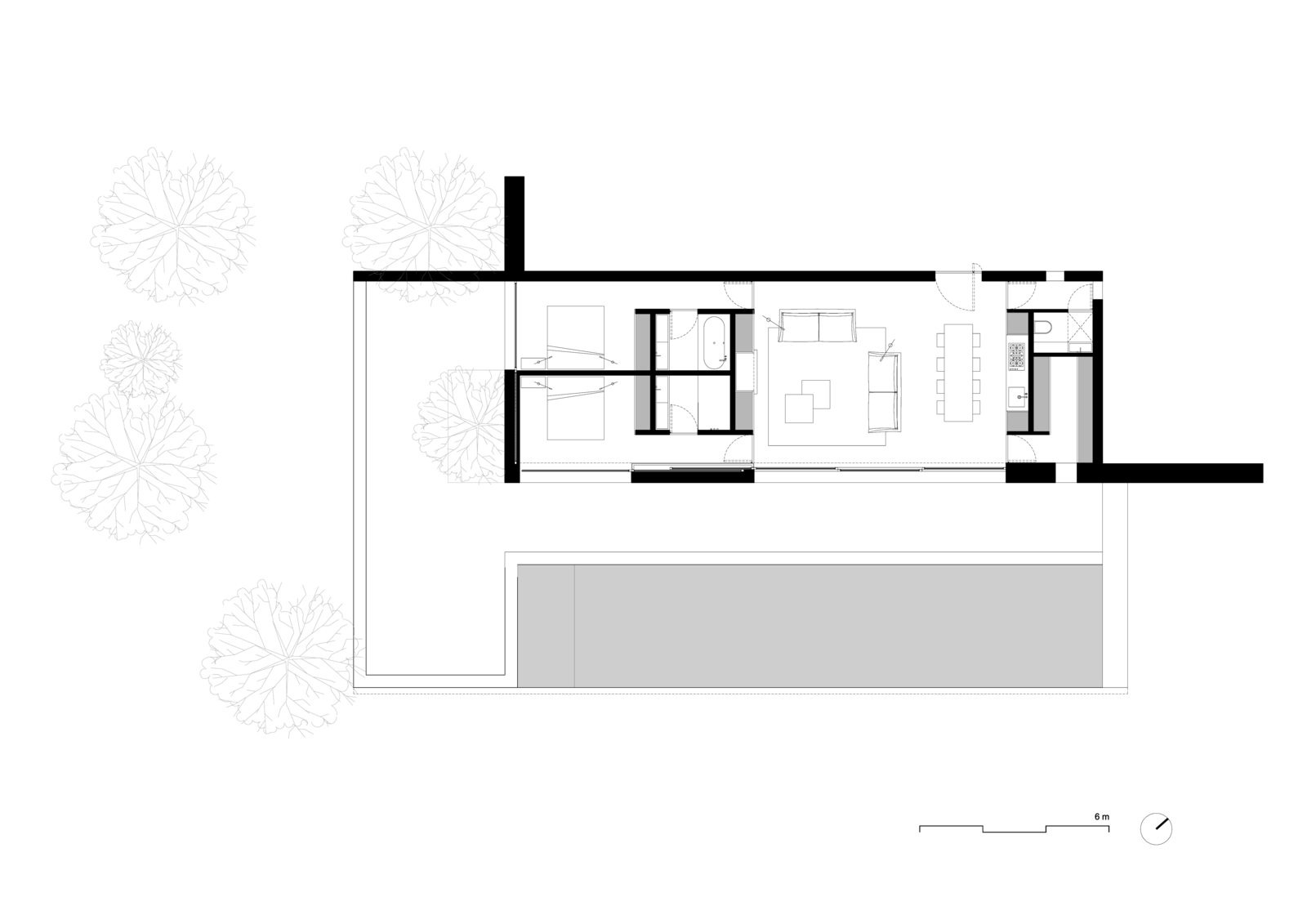 This project, which began as a simple holiday house, was an elegant transition into the practice; it began before we officially set up and finished as one of the first projects of the firm. It is an important part of our practice, where the beautifully proportioned results and framing of the Mediterranean landscape hide the intense challenges of adhering to strict urban restrictions, mainly due to the fact that this was one of the last sea-facing plots on the Cap d’Antibes. We were able to overcome the restrictions to create a sense of boundlessness that we would carry on to other similarly challenging projects zoning-wise. The legal statutes necessitated that the architectural volume be extremely discrete, almost hidden. To avoid blocking the magnificent views, the house was limited to a very small footprint, a single story, and it had to be located at the back of the plot. We developed a plan that completely integrated the house with the site, including a green roof, really focusing on the beauty that could be found when designing according to the golden ratio and the idea of site specificity.

The simple lines of the concrete house both connect and demark the architecture with and from the land. The house is organized around one large open space that frames the sea-facing communal areas for living and cooking; the inhabitants can retreat to the end of the house to their bedrooms, which have different side-facing views. The house, terrace, and the pool are built on a pedestal, almost like a sculpture, a few inches higher than the surrounding garden level. The effect is a beautiful and subtle boundary that provides a sense of grounding and stability. A cooling sense of shade is achieved in the interiors through the use of cement floors, raw lime wash, and concrete and reclaimed wood, which allow the views surrounding the house to come alive. A small but curated selection of artworks and furniture brings the magic of human nature into the overall picture of the property. Two Pierre Jeanneret kangaroo chairs in solid teak wood and cane, designed for Chandigarh, for example, accentuate the sculptural nature of the house with their wave-like wooden forms not so dissimilar from the motion of the sea outside.