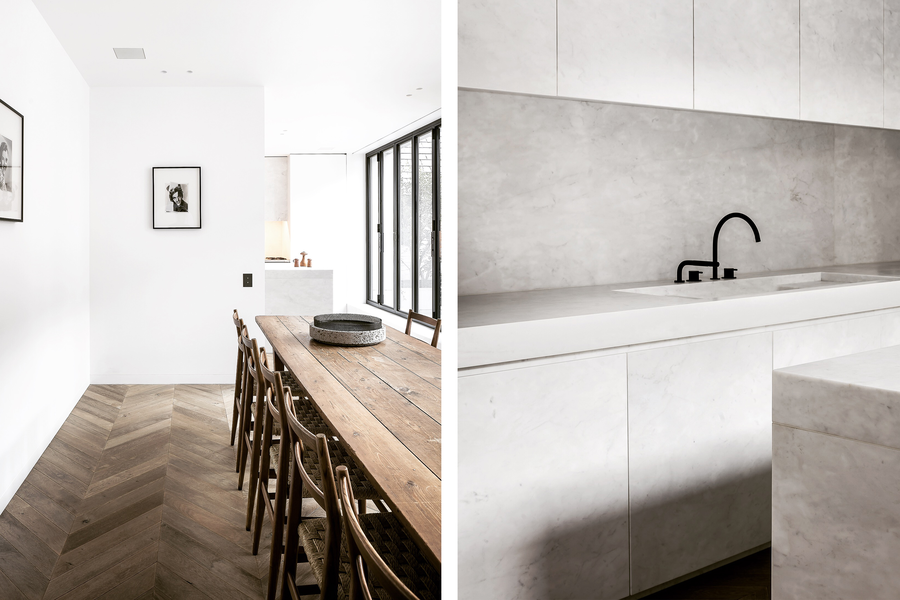 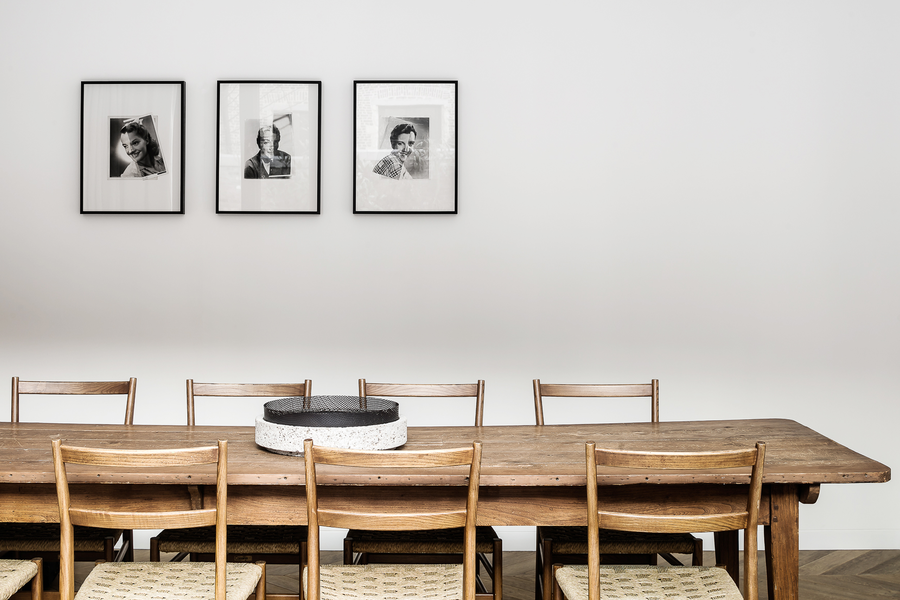 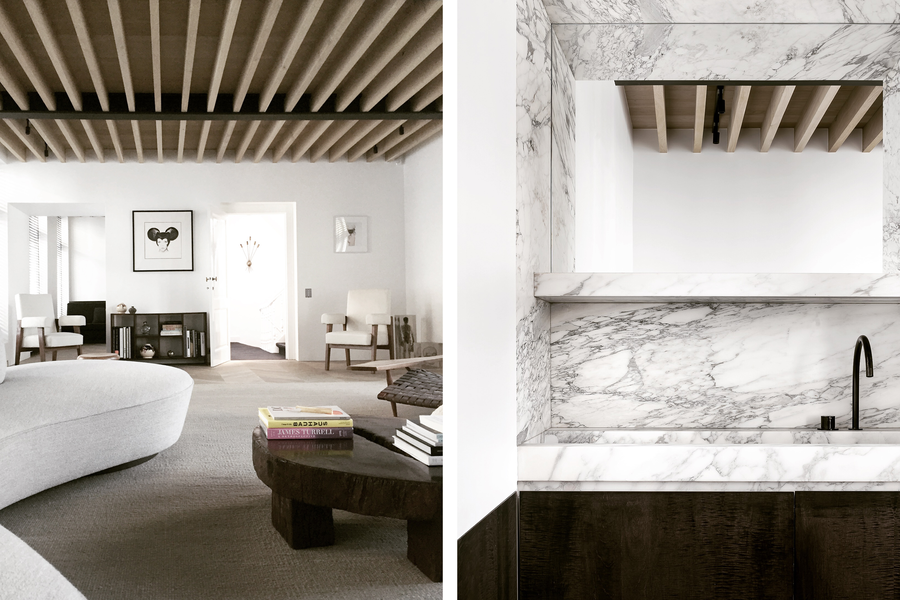 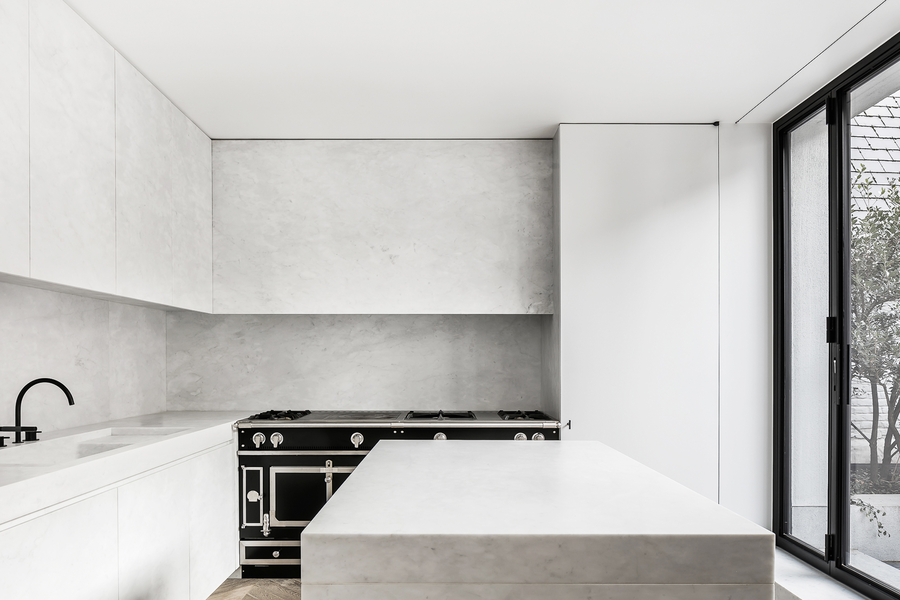 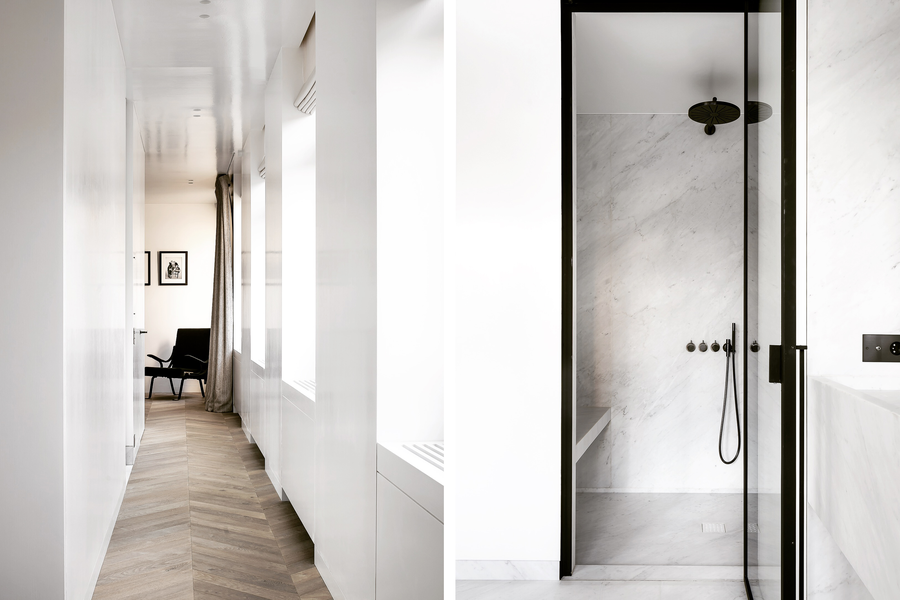 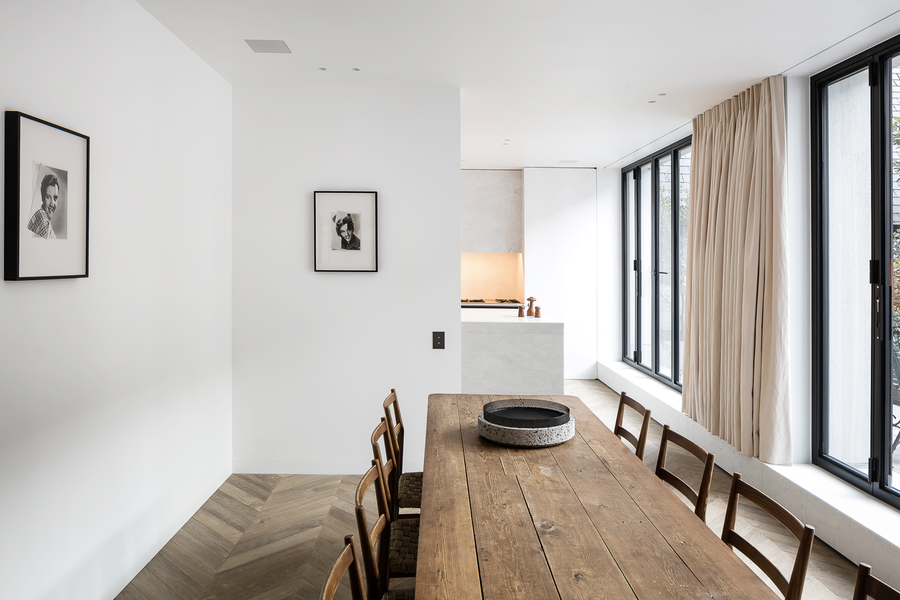 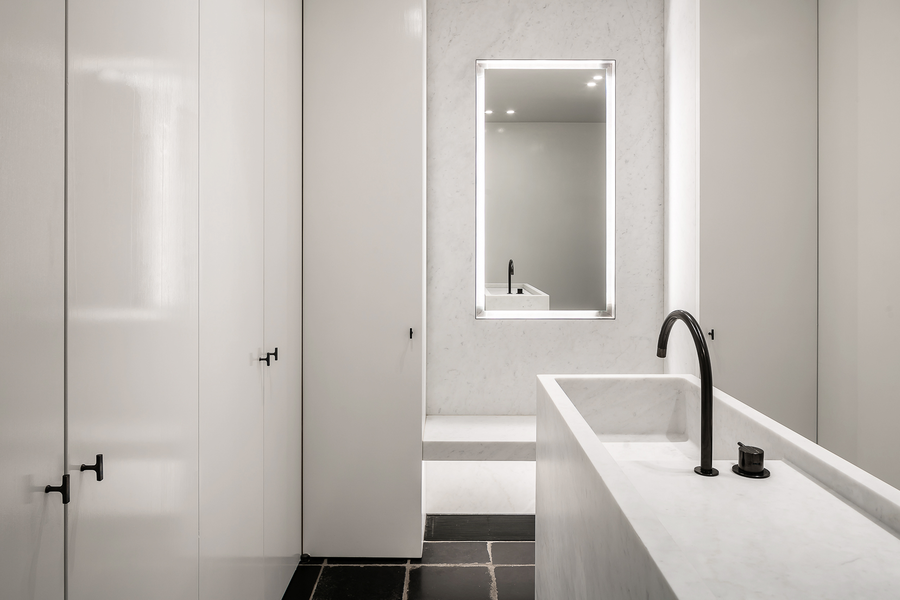 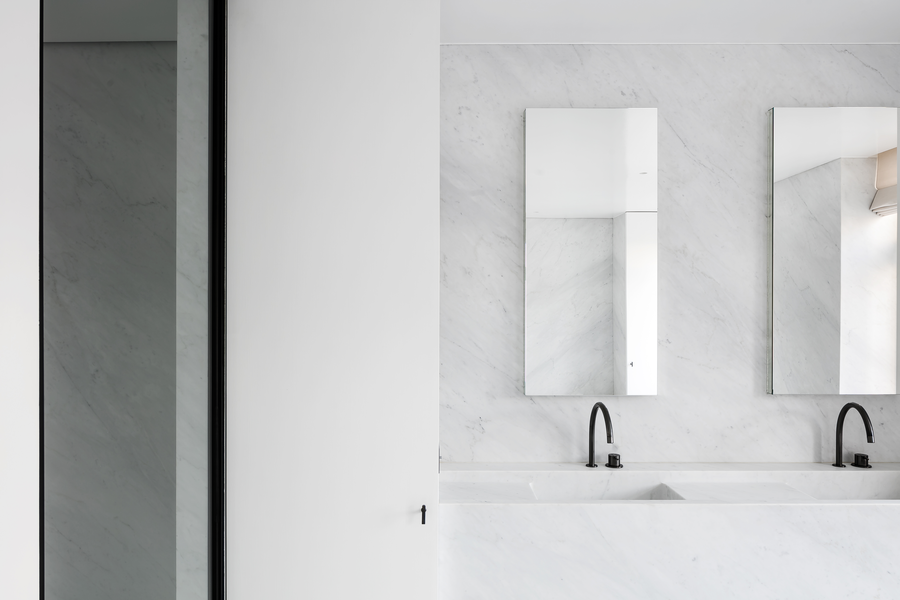 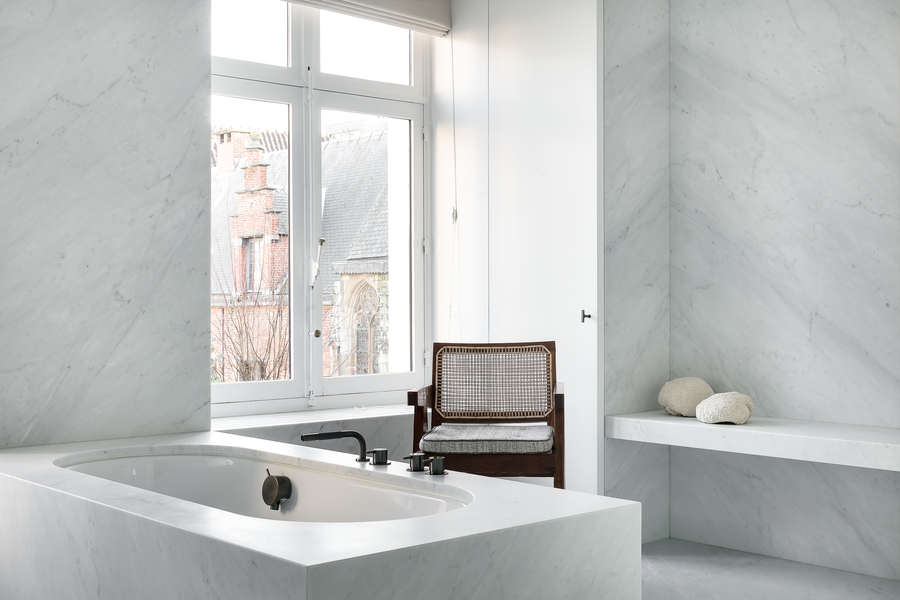 This house is the first project we did for Peter Philips, a leading member of the Belgian fashion industry who has worked with Raf Simons, among other legends. I initially got to know him through Vincent Van Duysen, my former employer. He was a man of discerning taste with an eye for detail who at the time was the creative director for Chanel’s cosmetics division, later becoming the creative director for Dior cosmetics.
Peter mentioned to me that he was looking for a house in Antwerp. By coincidence, I had heard of an extraordinary listed house dating back to the early 1800s located on a very small street in Antwerp’s historic district. The unusual black-and-white façade was exceptionally large and graphic, but the real surprise was the rear of the house with a secluded patio looking out to a small medieval chapel where nothing had changed for centuries. It pulsed with a similar magic of the potential that can be found in framing the unexpected that inspired us in building the JR Apartment, but with very different needs.

Peter bought the property within three months, and we started working to completely restructure the interior: new rooms, new offices, new bathrooms—and most of all making everything fit together and linking the living area with the garden.

Peter was the type of man who embarked on long-distance flights very frequently. We therefore wanted to create a welcoming and serene atmosphere: a house filled with quietness but not emptiness, which would be an antidote to a life on the road. Much of the work went toward finding the right balance between tranquility and warmth, to create a sanctuary that would be almost monastic but still homey. Of course, we wanted to bring in as much of the soft Antwerp light as possible to be enjoyed from plush curved sofas, a beautiful lounge chair by George Nakashima placed in front of a solid Jacaranda wood table by Jose Zanine Caldas. The Wyatt Kahn painting above the mantlepiece evokes a sense of letting the angles of our life soften and curl up in a space where it is safe to be both strong and vulnerable. The simple dining room takes shape around a beautiful farm table flanked by elegant Gio Ponti chairs, sourced from a restaurant in Milan and beautiful Paavo Tynell flush-mount suspended lamps from the 1940s. The Antwerp light can also be enjoyed from a magnificent marble bathtub in the round placed in front of a small work by Günther Uecker from the 1970s, a meditative ode to a nail and the forces that hold life together. A stool by Pierre Jeanneret and an Imi Knoebel work on paper complete the timeless elegance of this marble bathroom, which became part of the reason why our firm later became celebrated for our work with these important private spaces that are usually hidden from view.